Book Review: The Book of Harlan by Bernice McFadden by Sandra Proto 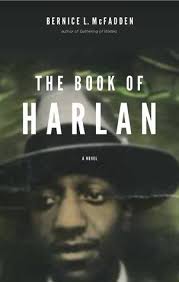 Bernice McFadden’s 2017 NAACP Image Award and American Book Award historical novel The Book of Harlan is a tragic story, which is reminiscent of Native Son and A Lesson Before Dying,

Ms. McFadden tells the story of Harlan Elliot, a fictionized character based on her genealogical research, by nestling it between Walt Whitman’s quote, “I am the man, I suffered, I was there” and Dorothy West’s quote, “There is no life that does not contribute to history.”

Throughout Harlan’s life, he faced a string of trials and tribulations starting with being temporarily raised by his grandparents, Reverend Tenant Robinson and Louisa Robinson because his parents, Emma and Sam Elliott, left their hometown of Macon, Georgia to chase Emma’s dream of becoming famous and rich.

Harlan’s mother, Emma, was a talented pianist who played the organ in her father’s church. Emma figured if she got herself out of Macon, she could make it big like her childhood friend Lucille, who left Macon and became a famous Blues singer.

Emma and Sam traveled from state to state to pursue Emma’s dream but got sideswiped by Emma’s stage fright. Their last stop was in Harlem, New York, where she met up with Lucille and became a piano teacher.

After settling in Harlem, Emma and Sam retrieved Harlan from her widowed mother. It was a bittersweet reunion filled with tension. Emma’s guilt of leaving Harlan with her parents ate at her, and she started coddling and spoiling him. She even encouraged him in his musical pursuit of the guitar and supported him when he left school to perform. 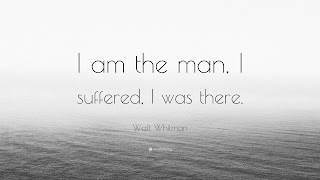 Ms. McFadden’s characterization of Harlan emulates Whitman’s quote, “I am the man.I suffered” with the inept machismo of womanizing, alcoholism, and arrogance; capped with the multi layered suffering throughout the novel. The most tragic suffering is when he and his trumpet playing friend, Lizard, are captured by the Nazis and thrown in the Buchenwald concentration camp while in France during World War 2.

Before Harlan’s and Lizard’s capture, Ms. McFadden dropped several hints of the true-identity of Lizard, a Jewish man passing for black, which included his genitalia.

In a series of flashbacks after his capture, Lizard’s troubled life as a Jewish boy unravels. Because Lizard would not back out of a street fight but walk right in on one, he landed in a juvenile detention center for beating a member of an anti-Semitic gang almost to death. While in the juvenile detention center, he meets an African-American boy named Joe Brown. Lizard is fascinated by Joe’s guitar playing, and they became good friends. When both Lizard and Joe leave the detention center, Lizard starts taking trumpet lessons from Joe’s father. Lizard’s love for the trumpet was so prevalent that Joe’s father gifted him his own trumpet. Lizard’s family disapproved of the friendship he had with the Browns, and they noticed a drastic change in his personality. Lizard, also, recognizes the change in himself and ends up leaving his family behind to pursue his musical career.

Ms. McFadden uses the passing theme as a basis for Lizard’s existence and demise.

While in Kansas, a fellow musician, who Lizard thought was white, told him, “As a man thinks, so he is.” So, Lizard took that advice and adapted to his new persona as a black man.

“Prison had a way of draining people of their hope and humanity. But Harlan didn't have to worry about that because he'd gone in empty.” ― Bernice L. McFadden

Lizard then goes to New York, and here, he meets Harlan. They immediately click and becomes best friends. Harlan entices Lizard to start a band with him .and with the help of Lucille; they get a gig performing at a club in France.

During Harlan’s and Lizard’s capture, Ilse Koch, “the Bitch of Buchenwald,” who was known to torcher the prisoners, revealed Lizard’s true-identity. Ms. McFadden’s account of the torcher and death of Lizard while Harlan watched, was the last brutal display of suffering. We see the physical suffering of Lizard and the mental suffering of Harlan.

After the war, Harlan arrives home with Post Traumatic Syndrome Disorder and holes himself in a bedroom in his parent’s apartment. With the help of a friend of Lucille, Harlan emerges back into society after his parent’s tragic car accident and works as a Super in a Brooklyn building where he meets someone from his past.

In Ms. McFadden’s humorous, quirky style, Ilse Koch escaped Germany after the war, emigrated to the United States and started passing as a cat-loving man in the same building where Harlan worked. Harlan’s discovery of Ilse Koch puts a revenge murder in his hands, and with this, one would think that Harlan’s life was over, but the arresting detective sets Harlan free because of his family connection with the concentration camps of Germany. 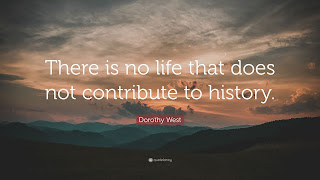 In the last words of Whitman’s quote, “I was there” and Dorothy West’s quote, “There is no life that does not contribute to history” brings awareness of Harlan’s existence.

At the beginning of this review, I stated that Harlan Elliott’s story is reminiscent of Native Son and A Lesson Before Dying. All three novels have an African-American male protagonist in the most tragic situations. Harlan tragedies entailed abandonment, substance abuse, imprisonment, mental health issues, horrific deaths, and a murder. But unlike Bigger Thomas from Native Son and Jefferson from A Lesson Before Dying, who became spiritual free and acknowledged their existence with the acceptance of their impending deaths, Harlan had found his spiritual freedom and existence by living.

The Book of Harlan is a wonderful novel that reminds us no matter how rough life may be, every man exists or existed on this God-given earth on purpose.


(I won this in a Goodreads Giveaway)